The Case for a Feeling Architecture:
A Young Person’s Perspective

As seen in Common\Edge and Architectural Record 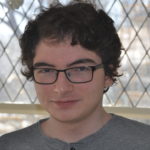 My mother is a psychologist, so our family talks a lot about emotion. More specifically, we discuss the experience of emotion, because, as she likes to remind me and my sisters, “We don’t think our feelings—we feel them, in our bodies.” According to my mother, it’s this experience of emotion that gives our lives a sense of meaning and vitality; as a result, her work isn’t about intellectual insight or abstract theories, but rather about giving her patients a new experience of themselves in the world.

The field of architecture could learn a lot from my mother.

Although I’m only 15 years old, I’ve wanted to be an architect for as long as I can remember. Ever since I could hold a Lego, I’ve been fascinated by the process of building, and to me, that process has always been an experience. Designing and building felt dynamic, exhilarating, and deeply absorbing. I loved the feedback loop that would open up between my physical environment and my imagination, as well as the way in which the constraints of my environment would force me to find new ways in which to manifest my ideas.

Those early experiences left me with the impression that the purpose of architecture was to elicit a reaction in people, to give them a new experience of what it feels like to move through the world. To me, architecture was about feeling intrigued, surprised, moved, and inspired; it was about the experience of what psychologists call the “vitality affects,” those elusive qualities of emotions that live in the human body and that can be described—as psychoanalyst Daniel Stern put it in his landmark 1985 book, The Interpersonal World of the Infant—in kinetic terms like surging, ebbing, bursting, or fading. It seemed to me that at its best, architecture was about the uniquely human emotion of awe.

Architecture is too much about the expression of thought and not enough about the experience of emotion; ultimately, too many structures are emotionally flat and monotonous, like the architectural equivalent of clinical depression.

As I’ve begun to seriously investigate a career in architecture, however, I’ve been confronted with the surprisingly conceptual state of the field as it exists today. Instead of designing structures with the intent of evoking emotions from the people who move through them, many designers seem to use buildings to represent abstract principles or ideas devoid of context. As a result, architecture is too much about the expression of thought and not enough about the experience of emotion; ultimately, too many structures are emotionally flat and monotonous, like the architectural equivalent of clinical depression.

When it comes to her work, my mother often observes that “intentions don’t matter; experiences matter.” What she means is that it’s irrelevant whether she intends to convey warmth and empathy, whether she wants to help, or whether she has a particularly clever conceptualization of her patients’ difficulties. Instead, what matters is a patient’s experience of receiving warmth and empathy, of feeling a sense of hope, of being understood.

The same could be said of any field of human endeavor: in the end, outcomes and impacts matter more than thoughts and objectives. Strangely, however, architecture seems to be primarily concerned with intent—with what the architect thinks and believes, as opposed to with what the audience senses and discerns. The problem is that ideologically impeccable structures can feel awkward and uncomfortable; conceptually novel buildings can accurately reflect a philosophical or intellectual movement while simultaneously neglecting the lived experience of their inhabitants. When the American Institute of Architects created a now-famous poll of “America’s Favorite Architecture,” citizens voted overwhelmingly for the public buildings that inspired deep feeling. These choices seemed to confound architectural experts, who observed that the winning structures were certainly not “the design professional’s view of the best buildings,” but instead were the ones that most appealed to people’s emotions. Significantly, the experts failed to explain why the “design professionals” imagined that architecture and emotion are antithetical to one another.

The unprecedented events of the past year have highlighted many of the field’s problems. Perhaps as a result, I’ve seen a renewed focus on human beings and human experience in recent writing on architecture. From analyses of the ways in which the pandemic might permanently change communal work spaces to questions regarding the impact of our homes on our mental health during periods of quarantine, architects are discussing new ways to design the built environment. Climate change and future pandemics will require a wide range of alterations to existing architectural principles, permanently changing our surroundings. The pandemic has forced architects to focus on the relationship between building and occupant from a public health perspective. These large-scale changes also represent an opportunity for the field to make a more comprehensive paradigm shift in building design. I am arguing for an architectural paradigm shift that returns us to the core experience of human emotion.

Of course, I am not the first person to argue for such a shift. In 1982, Christopher Alexander and Peter Eisenman held a public discussion at Harvard about the philosophy of architecture. Alexander began by

noting that the core of architecture “depends, as it always has, on feeling.” Eisenman strongly disagreed, noting that core emotion experienced in his body (and specifically in his “gut”) made him “very suspicious. … So I keep it in the mind.” (When I read this to my mother, she said, “In my line of work, we call that a defense.”) Alexander was clearly astonished by Eisenman’s admission:

If this weren’t a public situation, I’d be tempted to get into this on a psychiatric level. I’m actually quite serious about this. What I’m saying is that I understand how one could be very panicked by these kinds of feelings. Actually, it’s been my impression that a large part of the history of modern architecture has been a kind of panicked withdrawal from these kinds of feelings, which have governed the formation of buildings over the last 2000 years or so. Why that panicked withdrawal occurred, I’m still trying to find out. It’s not clear to me. But I’ve never heard somebody say, until a few moments ago, someone say explicitly: “Yes, I find that stuff freaky. I don’t like to deal with feelings. I like to deal with ideas.”

Echoing Alexander’s words from almost 40 years ago, I’m arguing for a shift that embraces the psychology and emotion of architecture and the built environment. After all, human bodies exist in physical spaces; by definition, then, human emotions unfold in and are impacted by those same spaces. Of course, human beings also withdraw from emotion (I’m looking at you, Eisenman), in the same way that we withdraw from things in the external environment that frighten or overwhelm us. Nonetheless, we all recognize that it’s healthy to feel, and we acknowledge that impediments to feeling should be addressed and removed so that we might all live in a deeper, richer, more meaningful way. Thus, the field I hope to join someday is one that recognizes the centrality of human emotion. It is one in which the architect is allowed to be vulnerable and the audience is allowed to be moved. It is an architecture not only of structures and materials, but also of deeply felt experience.