Created in 1998 to honor the memory of David Evans, FAIA, a talented and generous preservation architect, the award provides financial assistance and recognition to groups or individuals seeking to preserve historic Michigan architecture.

Ralph Graham, co-founder of the award, guided its development until his passing. The Award was re-named in 2015 to honor his leadership and contribution. Today, the Award of $10,000 is granted annually by a jury based on the merits of the project.

The project demonstrates creative solution(s) to a preservation problem.

The final result will benefit the community within which it resides aesthetically, with increased visibility or as an educational influence.

The project reflects the values of David Evans and Ralph Graham:

It is the intent of the jury to make the submission as efficient and succinct as possible to save time for applicants. The quality of the submission is more important than the quantity of exhibits. To that end, applicants should submit their project in conformance with the following outline.

The letter should include; name of the project, name of the organization, confirmation of IRS status, name of contact person, contact information, and a paragraph summarizing how the project addresses the three criteria for the award.

Provide the graphic information that is most important to the case for the award. This may include photographs, renderings, plans or details that describe the project and its creativity, quality and benefits to the community.

Organizations will submit a PDF application and project description by email to Carl Roehling beginning in February of 2019.

Michigan’s architecture helps to tell interesting stories of our state’s history, including the many farms and farmhouses that belonged to Michigan’s early settlers. Kalamazoo’s DeLano Farms Homestead has been named the recipient of Michigan Architectural Foundation’s 2018 Evans-Graham Historic Preservation Award grant. The $10,000  grant will contribute to the restoration of the property’s 1858 Greek Revival DeLano house.

The historic home provides a view into settler’s life, and the working educational farm illustrates the connection between human beings and nature, as well as the importance of historical knowledge in creating a sustainable future.

The DeLano Farms Homestead site is located on the western portion of the 1,100-acre Kalamazoo Nature Center. The farm features learning gardens, a ‘U-pick’ field, summer time farmyard animals, and chickens and goats year-round. It was the homestead of William Smith DeLano, a Michigan pioneer settler. A native of western New York State, DeLano came to the area in 1837, and in 1843, purchased forty acres and began the family farmstead.

Over the years, DeLano’s family eventually acquired over six hundred acres, and members of the family lived on the farm until 1963. In 1968 the Kalamazoo Nature Center acquired the home and most of the original DeLano farm. The farmhouse was restored and opened to the public in 1973. 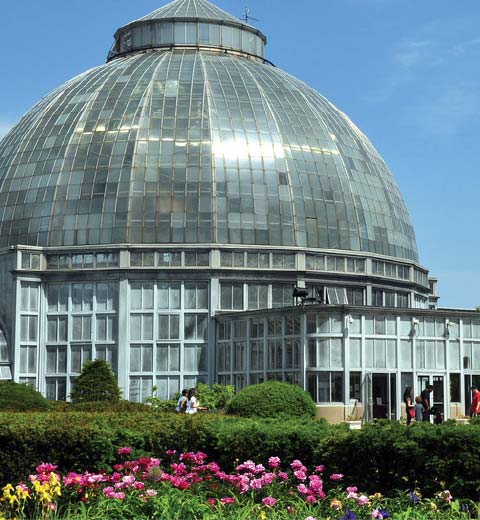