The Congregation Shaarey Zedek Synagogue was constructed in 1962, and is located on a bluff overlooking Northwestern Highway in Southfield, Michigan. The dramatic modernist structure was designed by Percival Goodman, a notable synagogue architect who designed more than fifty synagogues across the US between 1936 and 1979.  During his education, Goodman travelled across Europe and is said to have been deeply impressed by the work of Le Corbusier, who is often referred to as the “father of modern architecture”.  Goodman acted as chief designer and worked in collaboration with Albert Kahn Associates. 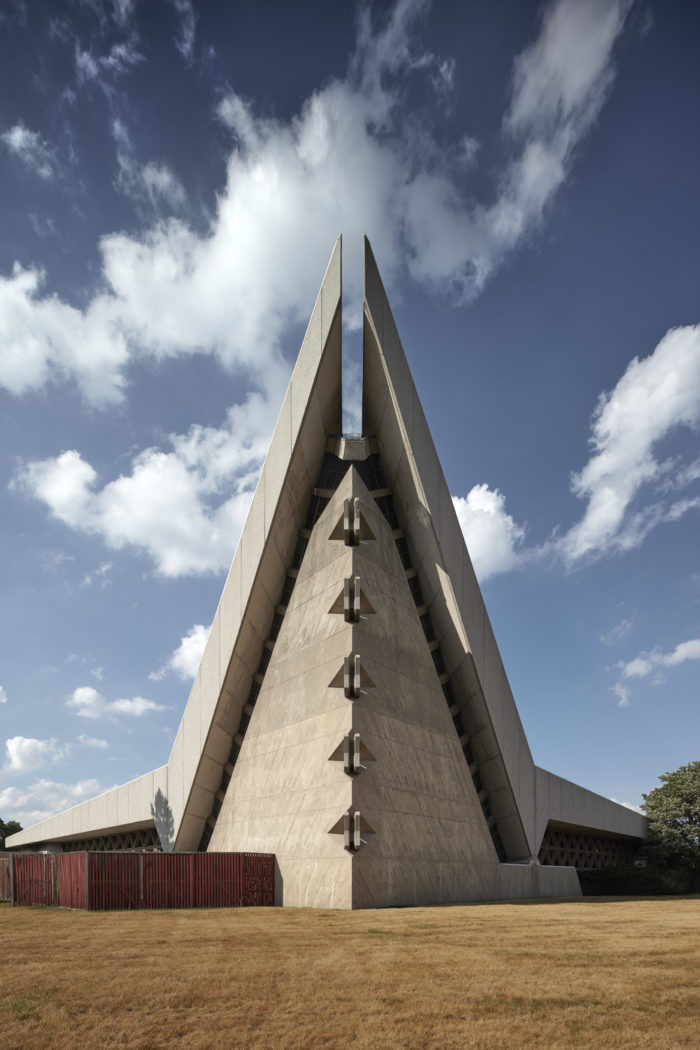 The campus includes two chapels, a library, an administration block, and school, in addition to the dramatic sanctuary space. The stunning 15,000 square foot, triangular-form sanctuary seats 1,100 worshippers but can be expanded to accommodate up to 4,000. The sanctuary’s form is intended to be symbolic of Mt. Sinai, as is its craggy, rough-hewn exterior.

The triangle form that dominates the main sanctuary and the chapel facing the inner court also represent the elements which form the Star of David, as well as two hands joined in prayer. A band of recessed stained-glass windows further reinforce the “heavenly” effect within the sanctuary by making the dramatic multi-storied ceiling appear to soar aloft the walls.

The synagogue has been recognized as one of the top ten breathtaking places of worship in the United States by Jamie Sperti of the San Francisco Examiner, who noted it was a “phenomenal example of 1960s futuristic architecture.” 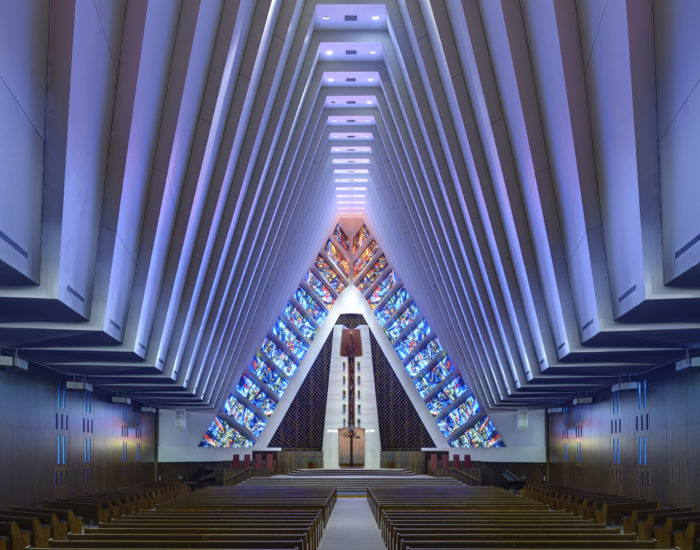 See more photos of this and other Must-See Michigan Buildings.