Construction of Saint Francis de Sales Church, located in Muskegon, Michigan was completed in 1966, five years after architect Marcel Breuer was commissioned to design it.  St Francis de Sales has a trapezoidal plan with complex parabolic sidewalls extending upwards to a height of 75 feet, a structural feat made possible by technical advancements in reinforced concrete construction. 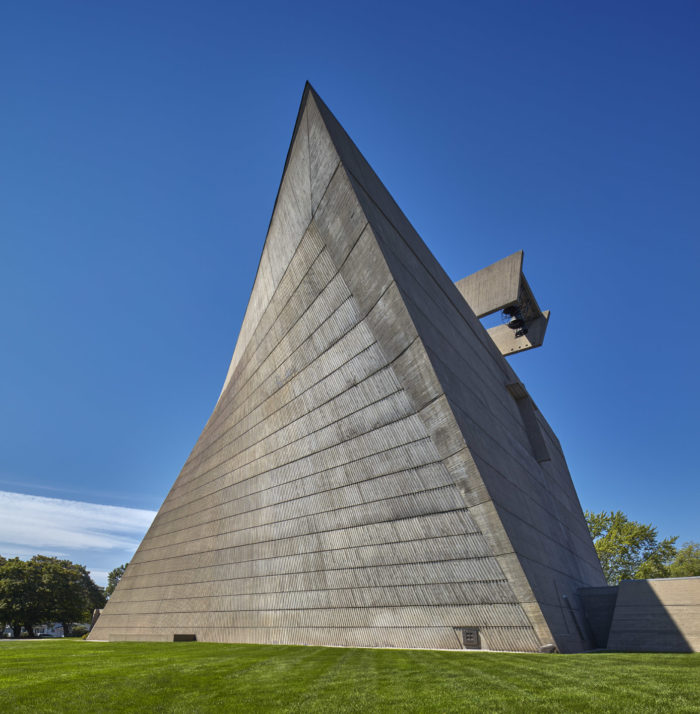 The building’s façade features a tall wall referred to as a “banner” which, while simple in form and lacking material ornamentation, communicates the building’s religious purpose with a cruciform relief cast into the concrete.  A belltower sits aloft the wall, dramatically cantilevering outward.

The sanctuary is windowless apart from a few skylights and is entered from below a somewhat low balcony, enhancing the awe-inspiring experience of emerging into the vast height of the nave.  The effect was intended to represent the power of God within the spiritual center of the building.  The altar is made from a single piece of white granite in stark contrast to the muted concrete walls.

While sometimes seen as harsh and brutal, the modernist church has revolutionized sacred design by moving away from gilded ornamentation, instead relying on spatial arrangement, light, material, and scale to produce a profound religious experience. 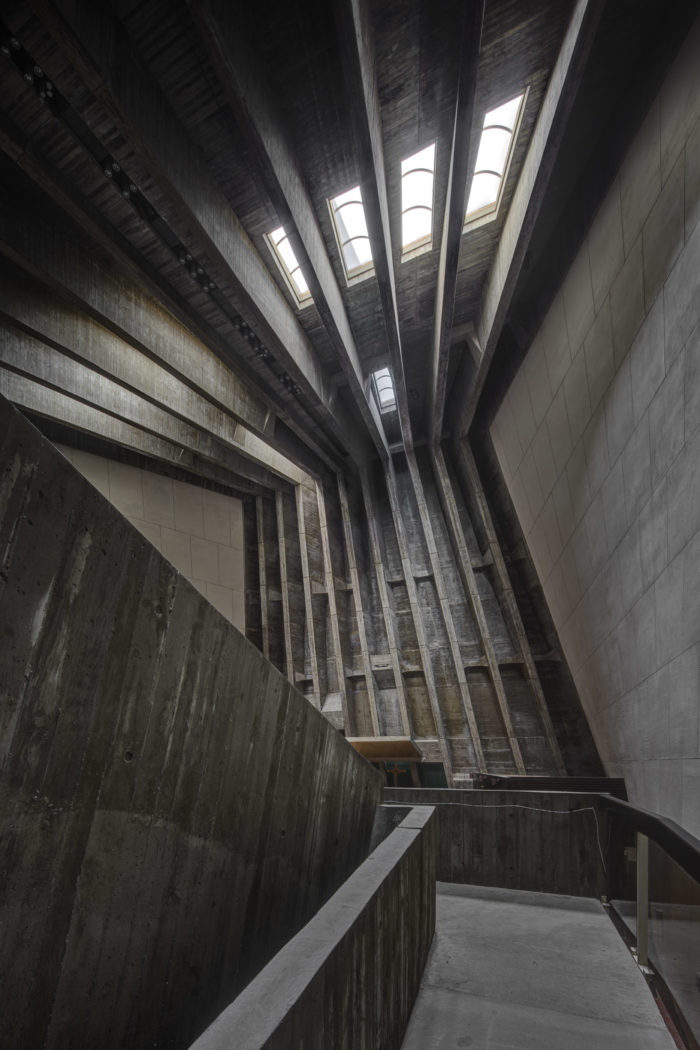 Marcel Breuer was born in Hungary and trained at The Bauhaus in Germany during the 1920’s.  The influence of artists and architects from the Bauhaus school spread rapidly after the school was shut down by the Nazi’s in the 1933.  Many faculty members and students fled Germany and established careers throughout Europe and the US.  Breuer left Germany in 1935 to join Bauhaus founder, Walter Gropius, to teach in the architecture school at Harvard University.  In 1946 Breuer formed his own small practice in New York City.

St Francis De Sales was designed at roughly the same time as Breuer’s most famous work, the Whitney Museum of American Art in New York.  Both buildings incorporate Bauhaus ideals of clarity and simplicity in form. The buildings share an austere appearance with very little ornamentation.  Stark walls and simple forms provide a serene backdrop for the activities within: art and religion.