The Michigan Architectural Foundation (MAF) is pleased to announce that the Pointe aux Barques Lighthouse Society is the 2021 recipient of MAF’s Evans Graham Preservation Award, for the restoration of the Pointe Aux Barques Life-Saving Station and Captain’s Quarters, located near Port Hope, Michigan. The $15,000 MAF grant will help cover the costs of the Historic Structures Report, the first step in the project’s restoration. The announcement was made by MAF’s Evans Graham Preservation Award jury.

Created in 1998 to honor the memory of preservation architect David Evans, FAIA, the award provides financial assistance and recognition to groups or individuals seeking to preserve historic Michigan architecture. Ralph and Jeanne Graham, co-founders of the award, guided its development until their passing; the award was re-named in 2015 to honor their leadership and contribution. The award is granted annually by a jury based on the merits of the project.

The Pointe aux Barques Life-Saving Station is among the oldest of buildings constructed by the U.S. Life-Saving Service. Built in 1876, it was the first life-saving station opened on southern Lake Huron. Only sixteen stations of the distinctive 1875-style were built in the United States; five stations remain standing, including this station and one in Delaware, which has been restored as a museum (the other three remaining structures have been converted to other uses).

“The project represents a significant milestone in preserving an important piece of Michigan’s maritime history, as well as its architectural history,” said Park Smith, AIA, MAF Evans Graham Award jury chair. “The Society’s plans to preserve the structure as a place to engage and educate the community about the region’s rich maritime history are commendable, and MAF is pleased to help support their efforts.”

Maritime history plays a significant role in the Thumb area of Michigan. Towns along the shore of Lake Huron were originally settled by people arriving on Great Lakes sailing ships, and those towns flourished due to the state’s lumber trade and salt production, and an economy driven through commerce carried by sailing ships. Lighthouses and life-saving stations were essential, as they reduced the tremendous risks of water travel at the time. Much of Michigan, from Detroit to towns along the shores of Lake Michigan and Lake Huron, share this maritime heritage. “Once the restoration is completed, the Life-Saving Station will supplement the Lighthouse as attractions for maritime history enthusiasts from across Michigan, the United States and the world, and greatly benefit the community,” said James Warchall, a Director of the Pointe aux Barques Lighthouse Society. “Maritime structures are among the most endangered in the United States. We are grateful to the MAF for recognizing our project’s important role in both Michigan and U.S. maritime history, and for their support in moving our restoration efforts forward.” 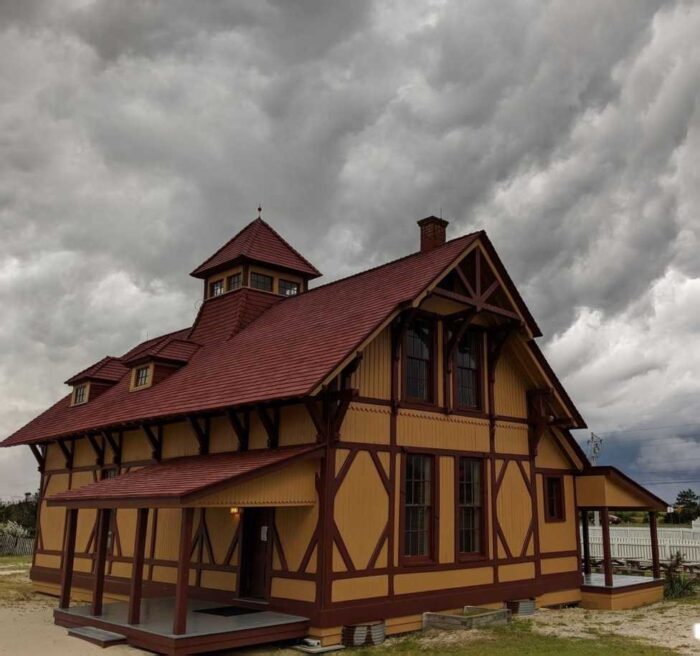