Throughout 2020, the pandemic caused major shifts to new ways of getting things done. One organization that successfully and quickly shifted gears this year is the National Organization of Minority Architects (NOMA) Detroit, which hosted its popular, face-to-face Project Pipeline Camps in a virtual format this past summer.

NOMA created Project Pipeline to help increase the number of minority and under-represented high school students exposed to careers in architecture. Architect Bryan Cook, AIA, NOMA Detroit President-elect, brought Project Pipeline to Michigan as an in-person, 2-day immersive day camp, starting in Grand Rapids in 2013, and later expanding to Detroit and Kalamazoo. This year’s virtual camp format drew participants from throughout Michigan, along with some students from outside of the state. NOMA Detroit’s Project Pipeline Camp program has received financial support from MAF’s Architecture Awareness Grants since its inception.

Bryan is also an incoming Michigan Architectural Foundation Board Member, and a current member of MAF’s K12 Educational Committee, which develops and supports free architecture-related educational resources and programming for students of all ages. 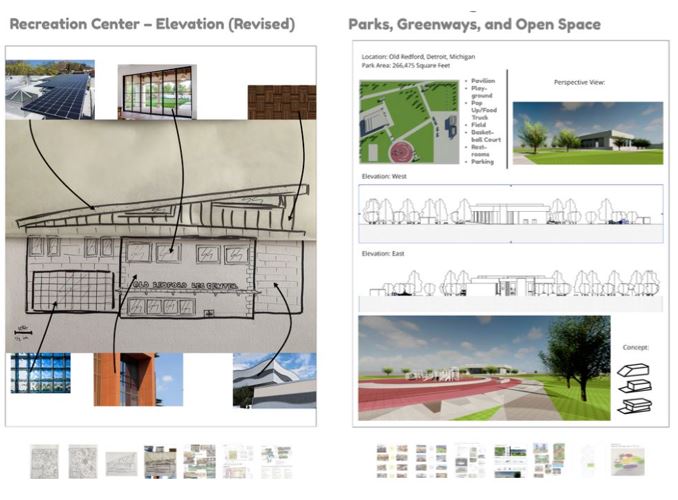 In response to pandemic-related challenges, Bryan and his fellow NOMA Detroit members began discussing camp alternatives in early Spring, and by June 1, decided to take this year’s camps virtual. “From there, our team created the remote curriculum and moved quickly to ramp up. Camps took place in early August, so all arrangements had to be completed by early July.

One of the biggest challenges was in making sure all camp participants had access to technology “Since most of the work was to be done electronically, we asked on the application whether students had devices and internet access,” said Bryan. “it was important that lack of technology not be a barrier for attendance, so NOMA Detroit purchased tablets and Wi-fi hotspots for students who needed them.”

Volunteers assembled boxes of camp supplies to ship to students, including a sketchbook, markers, Lego building blocks, a t-shirt, snacks, a workbook, and a tablet and hotspot, if needed. “I made two trips to the post office, each time with a full car of supply boxes,” laughs Bryan. “The logistics felt a bit overwhelming, but everyone received their materials on time.”

During the week-long virtual camp, participants created a floor plan; built architectural models; completed design and planning exercises; engaged in small-group activities with assigned mentors; participated in discussions; and heard from speakers including minority architects and design professionals, among other activities. “Other than it being more challenging for mentors to readily identify where students might need one-on-one help, we had few hiccups,” said Bryan. “Students were enthusiastic, asked amazing questions, and were genuinely interested and engaged throughout the program.”

Find out more about NOMA Detroit’s Project Pipeline Camps, and see videos from past camps.

A total of 30 students, ages 12 to 18, participated in the virtual camp. “We’ve been opening the program to more middle schoolers, on request,” said Bryan. At that age, students bring a lot of enthusiasm, in part because they enjoy having the same opportunity as older students. We approach each camp assuming that none of the participants know anything about architecture, so it’s a level playing field, regardless of age.” 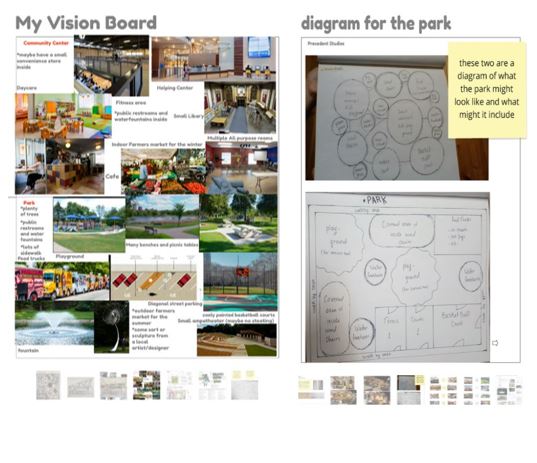 NOMA Detroit will hold face-to-face Project Pipeline camps in 2021, depending on the status of the pandemic. The national NOMA organization plans to offer virtual camps on an ongoing basis, to ensure all interested students can participate, regardless of geographic or other constraints. Bryan is among the NOMA leaders helping to create guidelines for the national virtual camp. Said Bryan, “We learned a lot with our first remote format, which we can carry into both future virtual and face-to-face camps.”

Next Fall, NOMA’s 2021 national conference will be held in Detroit – where the organization was founded fifty years ago. Bryan and the NOMA Detroit team are exploring ways that high school students can experience the conference. “I’m extremely proud of NOMA’s Detroit legacy, and look forward to our students learning more about the individuals and dedication that have built NOMA and contributed to the profession.”

Bryan encourages other design professionals to become volunteer NOMA Detroit Project Pipeline camp mentors. “It’s very rewarding to get kids excited about architecture, and to know you’ve possibly played a role in setting them on the path to future career success.” More information on Project Pipeline and how to get involved is available at nomadetroit.org. “Project Pipeline gives students the chance to express their ideas and creativity, explore their interests, and have invaluable interactions with peers and professionals,” said Bryan. “Students get exposed to architecture and become empowered when they realize it’s something they can do. Everything the students experience during the camps will benefit them as architects, or any career path they choose.”