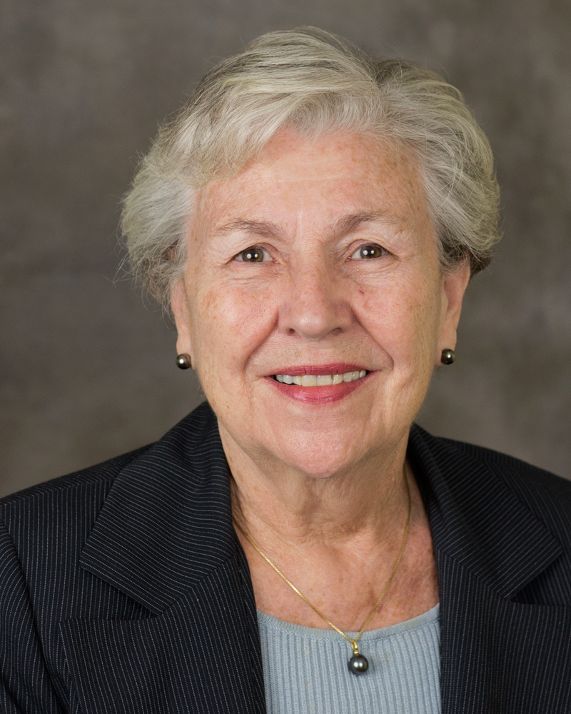 For Michigan Architectural Foundation Trustee Kathy Banicki, FESD, a passion for architecture and for helping young people achieve their educational goals, along with valued friendships, are at the of heart of her long involvement with MAF.

With her late husband, John, Kathy founded Testing Engineers & Consultants (TEC), a highly-respected Michigan consulting engineering firm. TEC has worked on many of the state’s most recognizable projects, including the currently-underway renovation of Detroit’s Michigan Central Station.

“More than 40 years ago, John and I started attending the annual AIA/AGC Summer Conference on Mackinac Island as professional peers,” said Kathy. “As we found out more about the architect’s goals, it was easy to become passionate about Michigan architecture, and entrenched in supporting their efforts. Over the years, our involvement with MAF became a labor of love for John and me, as it was with our own business. Along the way, we formed friendships that have lasted a lifetime.”

A MAF initiative the Banickis were passionate about is MAF’s scholarship program. In 2015, they established the MAF Katherine and John Banicki Scholarship, which is awarded annually to a Michigan college or university architecture student based on academic and community involvement achievements. The scholarship is self-funded by MAF’s annual Backus Bash, a social event that also supports other MAF educational programming.  Kathy also serves on the MAF Scholarship Jury, helping to review and evaluate the submitted scholarship applications.

“I have been very impressed with the caliber of the students enrolled in Michigan’s architecture schools and applying for the scholarships,” said Kathy. “These students are driven, accomplished academically, and dedicated to the preservation of buildings and the earth. In addition to their ambition, they have great attitudes, a quality I look for when hiring TEC’s employees, which will carry them far in their careers.”

Kathy’s dedication to supporting young people in their eventual careers extends to her involvement as a judge for the Engineering Society of Detroit’s (ESD) Michigan Regional Future City Competition, in which middle school students imagine, design, and build virtual cities of the future. She appreciates that the program reaches children of all socioeconomic backgrounds, helping develop their STEM skill set and then exposing them to future careers in architecture and engineering. Kathy also serves on MAF’s K12 Education Committee, and the ACEC (American Council of Engineering Companies) Michigan Scholarship Committee.

How does Kathy think architecture enriches life? “Beyond the aesthetic, it is the level of skill and quality of design architects bring to their clients and their communities. And in students today, I’m seeing that same passion for communities, and that design matters to them. Because of it, I think Michigan’s young people, and Michigan architecture, have a bright future ahead of them.”