The Michigan Architectural Foundation (MAF) is pleased to announce the winners of its inaugural photography competition, ‘Architecture Inspires!’

For the contest, MAF invited anyone with a camera – from architecture enthusiast with a cell phone camera to professional photographer – to take and submit one-of-a-kind images showing how architecture inspires, motivates, and connects with people, and which contained some representation of a unique relationship between people and places located in Michigan. 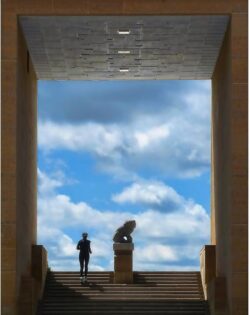 Jury comments included, “Powerful juxtaposition between the lion statue and the jogger” and “Makes you wonder what is beyond the stair, and “How a place can give you a sense of wonder; simple expressive image.”

Jury comments included “When a wall becomes canvas for art that is music” and “Unconventional expression of how architecture can deliver a powerful message” and “Powerful and connecting image to the city.” 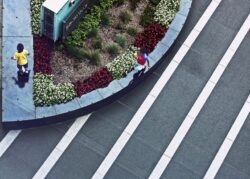 Jury comments included “When a planter transforms to a joyous background” and “Makes you smile and realize architecture can give joy and become something beyond its original intention.” 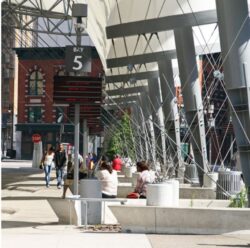 Jury comments included “When waiting for a bus connects you with a social web” and “Sense of place elevates an otherwise mundane event into something special.”

“The MAF photo contest jury was pleased with the quality of submissions we received,” said Chuck Lewis, AIA, MAF board member and Architecture Inspires! contest chair. “Each of our entrants provided us with their unique perspective of people and architecture through the lens of their camera. We look forward to sharing all of the contest entrants’ photos on MAF’s social media and website in the near future.”

Per the contest rules, MAF will share each of the Architecture Inspires! Photo Contest entries on MAF’s website, social media accounts, and newsletter. Photo credit for each photographer will be cited with their image.

The competition closed Wednesday, September 15, 2021. Contestants were permitted to enter the photo contest as many times as they want, subject to the contest rules. All submissions must adhere to the rules for the competition.