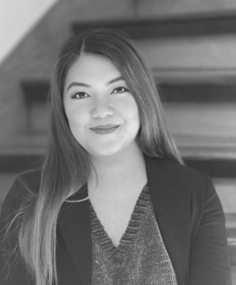 From a young age, architecture played a role in Angela Lazarte’s life.  “I have two aunts who are architects in the Philippines, where I grew up,” said Angela. “One works for the government, designing affordable housing, and the other is an architecture professor who owns her own firm. I was always fascinated and inspired by what they did.”

She adds, “I always knew I wanted to do something creative. I attended the Henry Ford Early College program, where I took community college classes in interior design while still in high school. Ultimately, I wanted to be more challenged, so I enrolled in the architecture program when I started University of Detroit Mercy.” This fall, Angela started her 5th year, and the beginning of her graduate program, at UDM’s School of Architecture.

Angela also is the 2020 recipient of Michigan Architectural Foundation’s (MAF) Leslie D. Tincknell Scholarship. She was recognized as a student that exhibits leadership in university and community life, among other scholarship criteria. Angela is a board member of UDM’s AIAS (American Institute of Architects Student) chapter and serves on a mentoring committee that pairs freshmen with upper classmen, helping first-year students get more easily and quickly acclimated to the campus and their academic program. “I also go back to my high school to speak with students in the early college architecture program about my experience as an architecture student at UDM, and my path to get there,” said Angela. “I’m hoping to provide the same encouragement and inspiration I received from my own early architecture program and my architect aunts.”

While at UDM, Angela has engaged in community service activities, many through the Detroit Collaborative Design Center (DCDC) a nonprofit outreach of UDM’s School of Architecture dedicated to creating sustainable spaces and communities through quality design and collaboration.  Angela also was a student intern at DCDC, working directly with the community to show them how good design could enhance their property and property values, while still being affordable.

The ability to use architecture to help others is also what Angela loves most about the profession. “Utilizing architecture to make a difference and improve other people’s lives is huge,” she said. “In my program’s studio, the freedom we have to address the needs of people through architecture while helping shape other’s perspectives about architecture has been invaluable.”

Photos (above): left and right, Angela presenting in class at University of Detroit-Mercy; center, Angela working with Keep Growing Detroit, where DCDC’s student interns volunteered to make plant beds at a preschool in Detroit.

While Angela is still not certain what type of architecture she would like to practice, she is interested in community planning and urban development, and the prospect of designing architecture that incorporates best practices of both. She says, “For my graduate thesis, I am thinking of designing an evacuation center for my hometown in the Philippines. It would provide the community with a way to function better and protect citizens during natural disasters.” Angela is a fan of Zaha Hadid’s Postmodern Deconstructivism. “Most of her work is about creating complex, interesting designs, then making them work for her clients,” she says. The thought of starting her own firm appeals to Angela, and she is minoring in business to better understand the operational side of architecture firms.

How does Angela think architecture improves the quality of life for people? “Architecture can improve people’s physical and mental well-being,” she says. “Humans are already in buildings and spaces every day – they are part of our lives. Everything aspect of a space impacts how people feel about them and use them. A lot of psychology goes into architecture, and people deserve buildings they feel good in and want to return to.”