A Storied History:
Detroit’s African American Architectural History Lives on Through the Tours
of Jamon Jordan

Did you know that many of the architectural sites where significant moments in Detroit’s African American history took place are ones you pass every day, or may even be in your own neighborhood? Jamon Jordan has made it his mission to document the sites and share their history and stories, through his Black Scroll Network History & Tours. 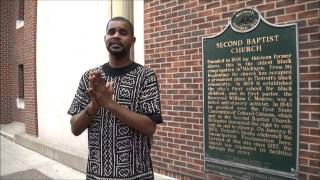 Jamon first developed an interest in Detroit’s Black architectural history through the stories his grandmother told him as a child. “She told me about Black Bottom and Paradise Valley, Gotham Hotel, Forest Club, and the Flame Show Bar – places that no longer existed when I was growing up,” he said. “Back then, there was no Internet, and these places weren’t documented in encyclopedias. But the stories made those places and the people who visited them vibrant in my imagination.”

He also was raised in a house full of books, and inherited his mother’s love of knowledge. It prompted him to triple major in Black Studies, American Studies, and Sociology in college, and to become a social studies teacher. “In college, I learned a more comprehensive view of Black history in the United States, and the role Detroit played in it. By becoming a teacher, the knowledge I acquired from my mother, grandmother, and in college came full circle. I wanted my students to get the same understanding of Detroit’s role in African American history.” 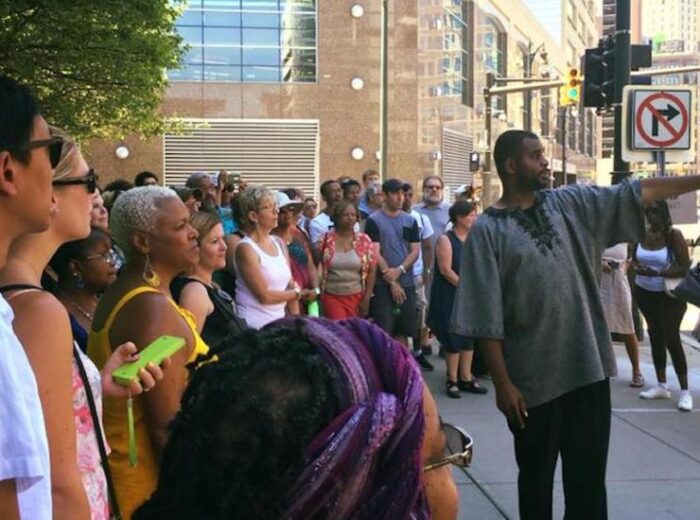 With much of that history literally within steps of his school, Jamon started taking his students on field trips, to sites like the Dr. Ossian Sweet House, and the Second Baptist Church, Detroit’s first African American church (1857) and the center of the Underground Railroad activity in Detroit. “It was important to expose students to the places where the history happened, so they could better understand their significance. It helped them connect the dots with what I was teaching them in class. Often, students lived right around the corner from a historic site, or in the same neighborhood as these significant places, and had no idea. They would tell their parents, and in many cases, their parents didn’t even know the history.” 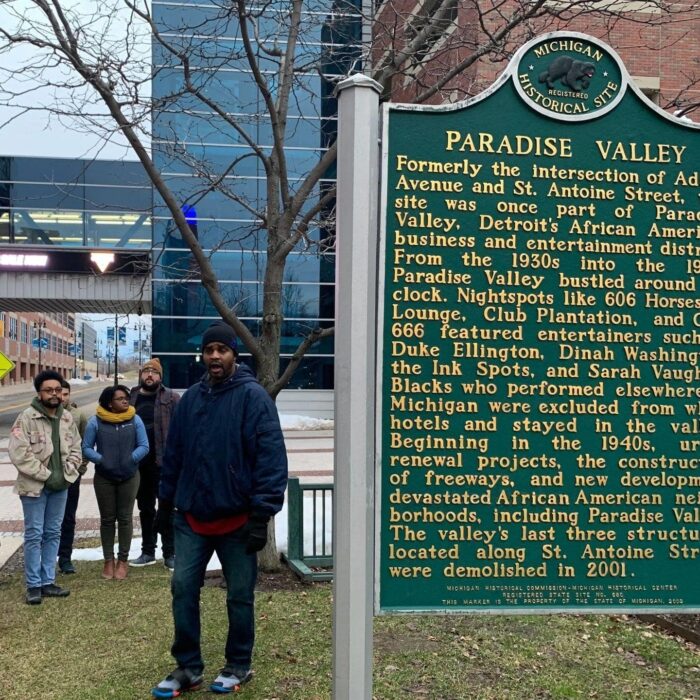 As word about the field trips spread among parents and other adults, Jamon started tours of the sites on weekends to meet their interest. Three years later, he quit teaching to focus his time on the tours. In addition to the tours, Jamon gives lectures and makes presentations on Detroit’s African American history, using the lens of the architecture and now-vacant sites to teach about the people who visited them, and the events that occurred there.

While COVID has curtailed live tours for now, Jamon is conducting virtual tours via Zoom. Jamon hosts the tours, answering questions live about each site. Participants also can purchase recorded tours, without the live Q&A with Jamon. The number of sites covered ranges based on the tour selected. Some of the most popular tour sites include the Dr. Ossian Sweet House, Second Baptist Church, Birwood Wall (a segregation wall along a portion of Detroit’s north border), Dunbar Hospital (Detroit’s first hospital for the Black community), and the Detroit Association of Colored Women’s Clubs (now Detroit Association of Women’s Clubs) building at the corner of Ferry and Brush streets.

The most popular sites of all, Jamon says, are the Berry Gordy House in the Boston Edison neighborhood, the Motown Museum, and other sites associated with popular cultural and historic figures, such as the houses Aretha Franklin lived in, and the home of Rosa Parks from 1961 to 1988.  (Jamon was instrumental in getting the Rosa Parks house added to the National Register of Historic Places this year).

Sadly, Jamon’s own favorite sites are all empty lots now: the Gotham Hotel, Forest Club, the Flame Show Bar at John R. and Canfield, and a series of buildings at the corner of St. Antoine and Congress, which included the home of William Webb, host to a number of Underground Railroad meetings, including one between Frederick Douglas and John Brown in 1859; St. Matthew’s Episcopal Church (Detroit’s third Black church), as well as the first homes of Temple Beth El and Shaarey Zedek, two of Detroit’s first Jewish congregations. Although the buildings are gone, Jamon says each lives on through the stories his grandmother told, and now, on his tours (each of the sites can be visited on Jamon’s tours).

What does Jamon most want tour participants to take away? “That present day events are standing on the shoulders of our history, and history shows how we got where we are today” he says. “And that Detroit plays an important role in every era and every aspect of our society’s history. It’s been there all along, living through our architecture and neighborhoods – we just haven’t been taught to look for it.”

How does Jamon think architecture enriches life? “Architecture helps to tell the story of our history and culture, what the building’s occupants stood for and what their lives were and are about. Even if no one is talking specifically about it, those important stories are delivered though architecture.” 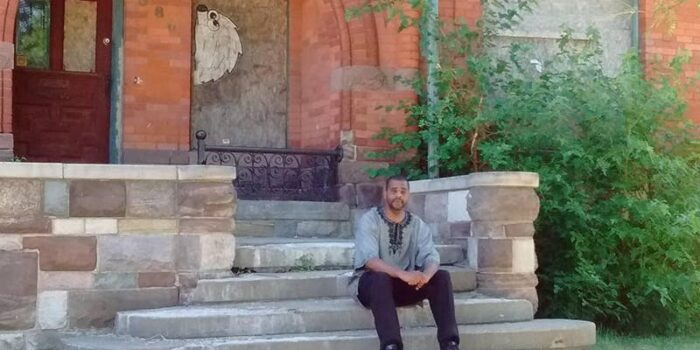