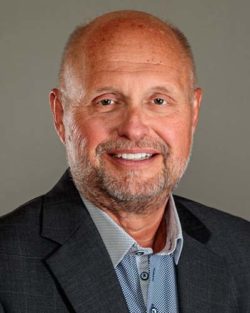 For Kirk Delzer, the now-retired Director of Architecture and Founding Partner of Troy, MI-based architecture firm IDS, involvement with the Michigan Architectural Foundation did not begin until after he retired from his role at the firm. “I knew a little about MAF, but while I was working full time there was no time left in my schedule to get involved,” said Kirk. “After I retired, I was invited to join the MAF board (in 2016), and the rest is history.”

MAF’s Board is pleased to announce that Kirk is the recipient of MAF’s 2022 Leadership Award. According to MAF President Doug Kueffner, “Selecting Kirk as this year’s recipient was a no-brainer. Kirk joined the board slightly more than 5 years ago and he immediately jumped in and became very active. Through his steady and thoughtful guidance, Kirk has advanced our Foundation’s entire communications presence to unprecedented new levels of exposure.  As someone who is never shy about taking on additional responsibilities, Kirk is an exemplary role model of what it takes to be an active and involved Board member.”

Kirk currently leads the MAF Communications Committee and serves as a member of MAF’s Development Committee. One of the first projects Kirk got involved with after joining the MAF board was to complete the development of the new MAF website. Since then, he has been actively involved in helping to guide the foundation’s communications efforts, including ongoing website content development, email newsletters, social media, and other public outreach and board communications efforts. It’s a role that Kirk does not take lightly, and one he takes as seriously as he did in leading IDS.

Like Kirk, the entire MAF board is comprised of volunteers, each of whom is committed to moving MAF’s mission – advancing awareness of architecture in Michigan – forward,” said Kirk. “There is a lot of diverse talent on the board, and we are all actively involved. “Every board member rolls up their sleeves and makes themselves personally responsible to raise funds, to raise awareness, and to raise the bar for MAF’s impact. I’m retired, but the majority of MAF’s board members are still working professionals, and I’m impressed at their ability to substantially contribute and juggle multiple priorities as well as they do.”

Kirk is proud that MAF’s scholarships have helped deserving students achieve their academic dreams, of MAF’s grants are helping to preserve Michigan’s architectural history and programming that educates and promotes awareness of Michigan architecture and its impact on the lives of Michigan residents. Each MAF program is established and continues to grow through the efforts of its board and the generosity of MAF’s supporters.

“Hopefully people are becoming more aware of MAF, and what we do, through our communications efforts,” said Kirk. “Sharing MAF’s impact through the stories we tell is pretty compelling, and we have plenty of great material that stems from the beneficiaries of MAF programming. We also are continually trying to devise more and different ways to raise additional funds to support and expand our programming, through fun and engaging fundraisers, including golf outings, auctions, dining events, and even chocolate-making classes.”

“It is very gratifying to be part of a board and an organization that is both professionally and personally committed to contributing and to improving the lives of others through architecture,” said Kirk. “It is truly an honor to be recognized by MAF with this award.”