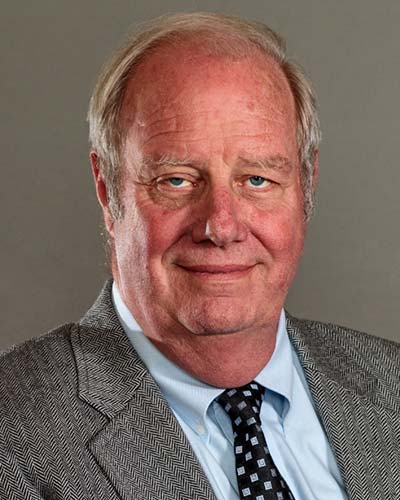 An increasing share of Michigan’s significant architecture and architectural history is being preserved, due to the dedication and efforts of architect and MAF trustee Park Smith, AIA. In recognition of his contributions to Michigan architecture and the successful growth of the Michigan Architectural Foundation, Park has been selected as the recipient of MAF’s 2021 Leadership Award.

“The Michigan Architectural Foundation is very pleased to be awarding Park Smith, AIA its 2021 Leadership Award,” said Tim Casai, 2021 MAF President.  “Park has led the MAF in many ways over the years, including acting as its President, as well as his leadership roles on the Finance Committee, the Evans Graham Committee, and the Historic Preservation Committee.  Park’s financial and foundational leadership has helped propel the foundation to greater financial strength and to new programmatic initiatives, and increased opportunities to demonstrate how architecture enriches life.”

Park received the award for his leadership in three areas: As chair of MAF’s Evans Graham Preservation Award Jury, Park took the initiative to increase the award’s endowment, taking it from $5,000 to $15,000 per year in less than a decade. Park also took the initiative to support the Biddle House restoration of 2020, with MAF donating $30,000 to Mackinac State Historic Parks, who oversaw the project (Biddle House was MAF’s first preservation project, and the catalyst for MAF’s founding). As a member of MAF’s Finance Committee for more than ten years, Park has led the oversight and strategy of building a strong financial base for the Foundation. Additionally, Park’s passion for preservation and his fiscal acumen have secured in perpetuity MAF’s support for preservation.

Find out more about MAF’s Evans Graham Preservation Award, including past award winners.

Park, who retired from architecture practice in 2009, also has been an active member of the Flint Historic District Commission, and an adjunct professor at Baker College, teaching courses on the history of architecture.