The Cranbrook Educational Community began with the 1904 purchase of 174-acres of land in Bloomfield Hills, Michigan by newspaperman George Booth and his wife Ellen Scripps Booth.  The Booths commissioned Albert Kahn (1869-1942) to design their family home on the site and established over 40 acres of gardens there.  The home, now known as Cranbrook House, was designed in the Arts and Crafts style and filled with handcrafted furnishings, textiles, and household objects.  The upper level currently houses administrative functions for the educational programs. The house and gardens are open to the public from May to October, and continue to serve as the centerpiece of the campus. 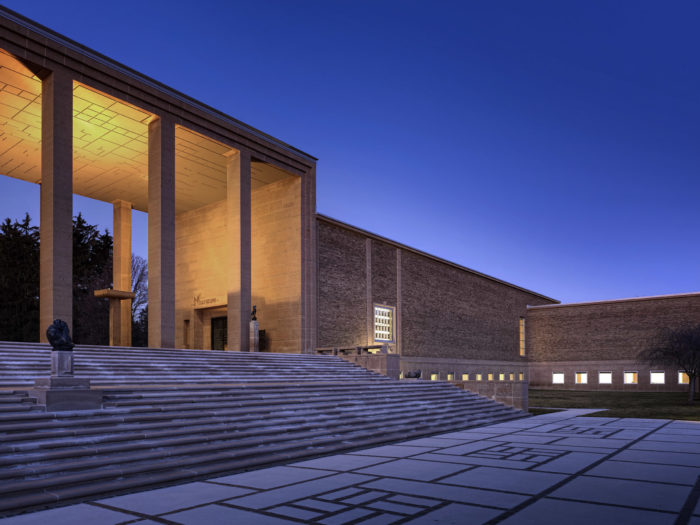 The Booths had a keen interest in the Arts and Crafts movement, both aesthetically and philosophically.  They established the educational institution as an “experimental artists’ colony” with Arts and Crafts ideals in mind.  The first public buildings on the campus were designed by the well-established architect Eliel Saarinen (1873-1950) who had only recently emigrated from Finland.  Saarinen used his second-place prize winnings from the internationally famous Chicago Tribune Tower Competition to come to the U.S. and was invited to teach architecture at the University of Michigan, where the Booths’ son was a student.

Impressed by Saarinen, the Booths engaged him as the Chief Architect of the campus and subsequently as the Academy’s first president.  Saarinen designed the Cranbrook School for Boys (1925-29), Kingswood School for Girls (1929-31), Cranbrook Institute of Science (1935-38), Cranbrook Academy of Art (1925-42), and Cranbrook Art Museum and Library (1938-42).  To this day, Cranbrook is the one of the most comprehensive examples of Saarinen’s visionary design. 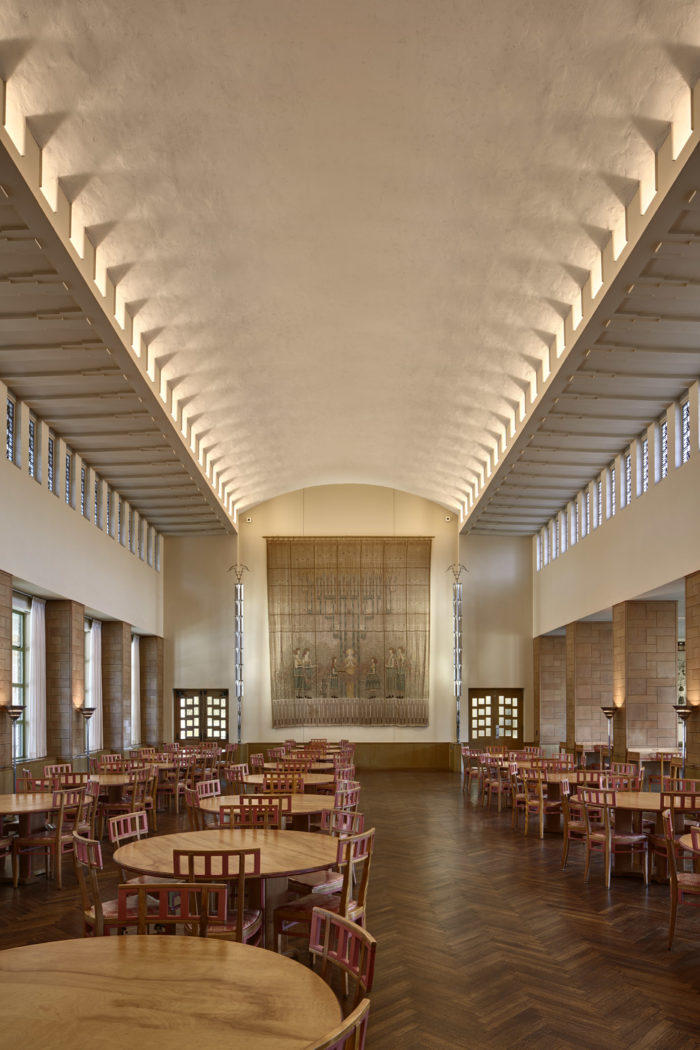 The Cranbrook Educational Community is a thriving cultural and educational site, growing to its current 319 acres.  Buildings have been added and modified over the years and include the work of many highly regarded architects including Eero Saarinen (Eliel Saarinen’s son), Rafael Moneo, Tod Williams and Billie Tsien, and Steven Holl.

Fourteen buildings making up the Cranbrook complex were added to the National Register of Historic Places in 1973, and were designated a National Historic Landmark in 1989. The buildings were cited as being “one of the most important groups of educational and architectural structures in America”.

See more photos of this and other Must See Michigan Architecture: https://michiganarchitecturalfoundation.org/michigan-architecture/must-see-buildings/ 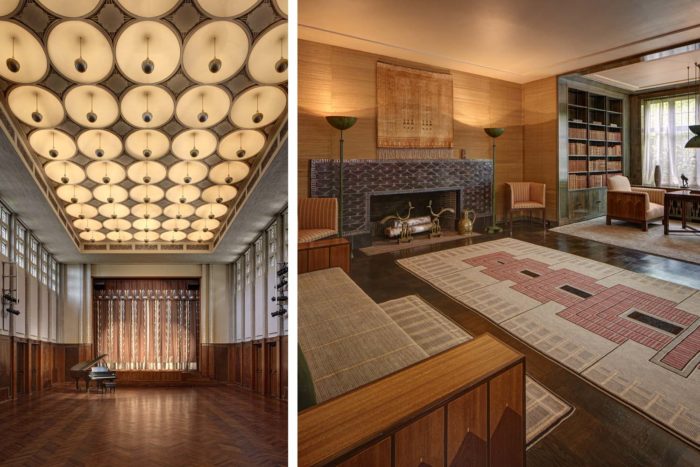